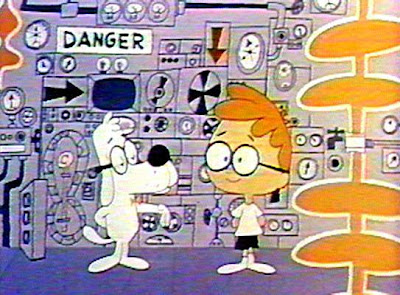 OK boys and girls!  Let's go into the Way Back Machine with Sherman and Mr. Peabody and travel back to Christmas Eve, 1966 and the great blizzard (at least it was to my 11 year old eyes!)


The Christmas Blizzard... all my fault

It's was Christmas Eve 1966. My sister Jeanne and I had gone to the local 5 and 10 cent store to shop for Christmas gifts with the few dollars we had. We had enough left over to get a soda at the hoagie shop next door. We bought Fresca. At the time, the only flavor they had was grapefruit. Anyone who remembers the Fresca commercial is surely dating themsleves! Who remembers the Fresca commercial, where the woman drinks a Fresca and a blizzard ensues? Well, that's what Jeanne and I did! It had been snowing lightly when we were shopping. So, off we go to the Hoagie Shop and buy our Frescas. Not long after, it was snowing in earnest! We honestly thought drinking the Fresca caused the blizzard!

My father had a part-time job at the Philadelphia Inquirer on Saturdays, working the 3 to 11 shift. Christmas was on a Sunday that year, so Dad had to work on Christmas Eve. My sister, Peggy was a senior in high school and worked at St. Francis Country House, a nursing home.

Up to this year, we had a tradition in our house to set up the Christmas tree but have Santa do the decorating. That way, Christmas morning would seem the most magical! Peggy was finished at work at 7PM, Dad at 11PM. Snow was piling up everywhere. Dad was 20 miles away at his job, Peggy was about 6 or 7 miles away at hers.

Peggy had a ride home but got stuck partway home and they headed back to the nursing home. Dad had to drive to Clifton Heights from Philly. He made it as far as 69th street, found a pay phone and called home to check in and let my mom know where he was. Mom told him that Peggy was stuck somewhere between the nursing home and our house. Dad headed off towards Darby to look for her. Somehow he found out that Peggy was safely back at the nursing home and would stay the night. So he headed for home again and at some point got stuck, had to leave his car and walked 5 miles, in the blizzard, to get there!

In the meantime, Mom had a candle burning in the window and praying for everyone to get home safely. Oh! And the tree wasn't decorated yet! And the gifts are still hidden from the kiddies! She was waiting for Dad to get home to help her!!!! I'm a little fuzzy about whether my Mom finally decorated the tree and got the gifts out or if she really did wait for Dad to get home to help her. I'd like to think she took the initiative and did it but, knowing Mom, she just might have waited for Dad!
All I remember Mom telling me years later that they finally got to bed at 6 am and we were all up at 7 to open gifts!!

I remember we had to walk to church up the middle of a busy street because it had been plowed. Of course, there were no cars on the road because they were all snowed in. We had to go to 9 AM Children's Mass (mandatory for students at Holy Cross School... the nuns actually took roll at Mass and if you weren't there, you needed a written excuse note and it had better be a good excuse! We even had assigned seating! Wow! The things that are coming back as I type!)

Anyway, after that year, we helped Santa by decorating the tree for him. And I don't think Jeanne or I EVER drank Fresca again!

Back to the present!  I'd like to wish everyone a Very Merry Christmas! I'd also like to thank you all for good wishes and prayers as John battled Lymphoma.   Your support and prayers helped us more than you could ever know!

Merry Christmas Joanie. Loved this post, thanks for reposting, as I missed it last year.

Big hugs to you and yours.

That was a great story! Merry Christmas!!!

Not that I remember those Fresca commercials, ha ha, but you may really have cuased that blizzard.

Great memories. I so remember that snowstorm! My dad worked for Bell of Pa, so he wound up having to work to manage the crews that had to go out and fix broken poles and downed lines. We had huge drifts. I was a little disappointed because we had to postpone the family gathering with my Dad's side of the family! I think it was also the last real Christmas we had with all four of us kids at home.

I don't know as i saw that commercial, but I've been told about it (ahem)(grin)...I used to drink it a lot when i was a kid. Good memory.

Merry Christmas, Joanie! Blessings to you and John in the New Year :)

Loved the look back!

What a great story! Glad everyone made it through the blizzard.
I would also like to believe that your mom went ahead with the decorating, but it being the sixties, I'm guessing not.

What a great memory to have, even if it had been insane to live through.
I laughed at myself, surprised that I knew and could picture all the places that you mentioned.
Thanks for a taste of home.

Weasel, you grew up in the Philly area?

what a cool story...hope you had a vrey merry christmas!

I love this story. It is so funny how a child could take the blame for something as huge as a blizzard. But I've been there and I know how many things I've blamed myself for.

Yes, I remember that commercial! Oh boy, do I feel old now. I still love Fresca

Merry Christmas to you my dear girl. And to John, and your kids and the great state of Pennsylvania! Hopefully I'll finally get to meet you in 2010!

This movie is available on DVD I found the listings below they look ok. Thanks

The color version is on dvd here

I was 5 years old and remember that Christmas eve snowstorm like it was yesterday, iam 54 now.it was the best Christmas of my life.when I pass on I pray to Jesus that,that Christmas passes before my eyes before I go.... 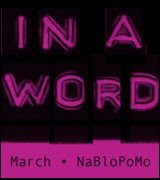 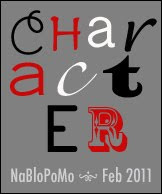 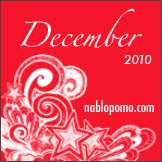 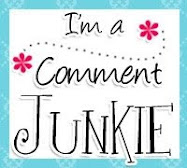